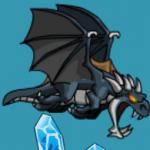 This is an era that humans, dragons, and other kinds of creatures live together. However, they don’t live together in a friendly way. They find a way to eliminate the other ones. It’s what happened in Dragon vs Mage – the latest game at friv 4 game. You play as a mage who is being chased by a dragon. You have to escape from it. But this dragon is not only thread. You also have to deal with many monsters ahead.

A dragon is chasing you behind and tons of dangers are waiting for you ahead, can you survive? Stay alive as long as possible is your main goal in this game. You have limited health. If you get attack or crash into any monster, you get damaged. Run out of blood means you have to play once again from the beginning. On https://www.friv-2018.net/, you are a mage, so you can cast a spell to defeat monsters.

Wait until they are in your range, you attack them with your frozen skills. Be careful because the evil dragon will breathe fire. Jump over the fire to keep your life safe. You can earn more health by collecting hearts along the way. Besides, don’t forget to collect coins as well. This looks like an endless runner game with some cool elements.

What is your highest achievement? Cast spell, jump at the right time and these monsters can’t stop you. Like other games on our site such as Sock Flow and Sushi Sensei, this game won’t let you down. It gives you the awesome gaming experience that you expect.

X to cast a spell and up arrow to jump.